This year, the Danish Girls’ Choir of Fredensborg Chapel has planned a concert tour to Israel from 16th until 23rd October 2018 with the following purposes: 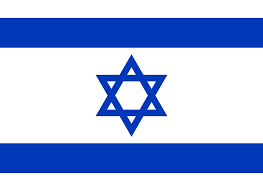 The choir has been invited to give several concerts for both the Israeli audiences, Danes living in Israel, local Christian congregations and Israeli schools in Jerusalem, Tel Aviv and Haifa. The concerts are planned in collaboration with Denmark's ambassador to Israel, Ms. Charlotte Slente and priest in the Danish Church in Jerusalem, Mr. David Serner.

The performances of the Danish Choir are very popular in Denmark. The choir members act professionally, they have top trained singing voices and, whenever possible, they use the entire space of the different locations with natural and present choreography to get closer to the audience.

The choir and their conductor, Cille Buch, will present a variety of music. Contemporary and traditional Danish songs in new arrangements, as well as an international repertoire. Please feel free to check the choir on our YouTube Chanel: Fredensborg Slotskirkes Pigekor. 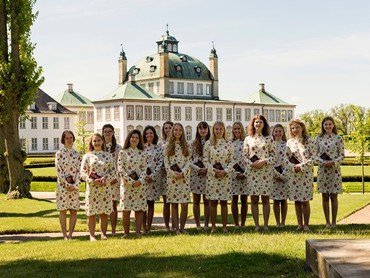 The Choir in front of Fredensborg Castle

The 75th Years Anniversary of the Rescue of Danish Jews

The Danish Girls’ Choir of Fredensborg Chapel will take part in the commemoration of the rescue operation of Danish Jews in 1943 at a concert taking place on 21st October 2018 in Haifa.

For more information about the above-mentioned events and our tour to in Israel October 2018, please contact pr-fredensborgkor@hotmail.com.

Please follow us before, during and after the tour on facebook:
In English: Danish Girls’ Choir of Fredensborg Chapel
In Danish: Fredensborg Slotskirkes Pigekor